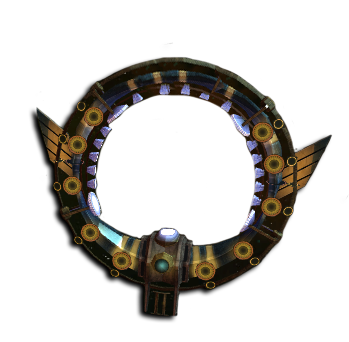 To create a gate, we need a Astral CPU

The ship that you select and all of the items equipped (including Drone) is „loaned“ to you for the entirety of your run. Once you are defeated, that same ship will NOT be available for you anymore. Instead you will be back to controlling your own ship. Any equipment obtained from this Astral Ascension is also loaned and cannot be kept outside of this game mode. You can however, obtain final rewards which will be given to you depending on how far you progress in Astral Ascension.

2. Enter the rift and fight through 3 waves of NPCs

3. Once all NPCs have been defeated, choose one out of 3 Bounties – the one that you choose will immediately be equipped on your ship (if your slots are full, it goes into the Astral Ascension inventory).

4. Ammunition does not require a choice and various ammo will be randomly given to the player.

5. The next 2 gates appear as well as an exit gate in case you want to leave. There will be an manage tab in the event window where you can manage your equipment. If you leave the gate, you will be able to continue from where you left off, with the same configuration and HP remaining.

6. Repeat the steps, there are 45 Rifts in total with a mini-boss at every 5th rift. Your HP recover by 50% after each mini-boss. At the last rift (45th), the Final Boss attends you! Defeat the Final Boss or die and lose. Afterwards, you get your rewards.

At the beginning, we get:

Each rift consists of 3 waves. In Rift 5, 10, 15, etc, there is only one wave with the boss.
There are 2 portals to choose from in each slot. In the first place, if we have such a possibility, we choose a portal with a weapon.
After completing the rift, a window will appear with three items to choose from. We choose one of them (in our opinion the best)
If we have a portal with modules, it is absolutely necessary to choose this portal.

Wave examples. The waves may be different depending on the type of portal selected.
The monsters are getting stronger in every rift.